I resist classifying my music. First it’s very hard to nail down. I feel like I’m all over the page sometimes when it comes to my inspirations. I have several approaches to music and I think each of them are a genuine reflection of who I am musically. Being multi-lingual/multi-cultural I tend to code switch a lot….maybe that’s what’s reflected in my music as well. …….
Back to the issue of classification, I think the term soul most fully identifies what I am influenced by and what I strive to give to my music. I am a soul singer, on a roots man trod if that makes sense. I’ve heard my self compared to soul singers like Sam Cooke, Otis Redding, even Smokey Robinson  … A good friend and great singer/songwriter once said I was like Otis Redding (or some other soul singer) in Bob Marley’s band. I think that’s a colorful way to sum up what you’re hearing and when you think about it that’s a huge accolade.

My most natural stylistic instincts come mostly from the soul and gospel music I grew up on. as I’ve matured and expanded as an artist and as a person I’ve incorporated the influence music from other parts of the black diaspora like reggae, samba reggae, bossa nova, and even capoeira music. I feel completely comfortable flowing between what are considered “separate” genres because for me they all are expressions of diasporic soul. There’s a classification for you: diasporic soul. I think that’s the best yet. 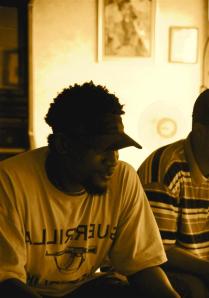 I think what reflects me the most in my music now are my lyrics. I spend a lot of effort trying have my lyrics reflect reality, to tell the truth about what I see, no matter how simple or massive. I can admit now that I probably wasted a lot of time struggling with writing because I was trying to sound as profound as possible while simultaneously trying to stay out of the middle of the story. I was trying to splash lyrical color without getting any on myself that would show everyone exactly who’s life, experiences, observations was behind the song. I think my creative honesty is what reflects more of who I am now. Also, I’m more confident of my purpose and my vision these days. I trust one-hundred percent the music coming from inside my head, from those higher regions. I know what it is i’m supposed to be saying musically and what it should sound like.

Many creative people will tell you that that’s where the battle begins, getting the end product to reflect and honor the inspiration for the project. Early on, when I found my medium of expression I was so overwhelmed at the gift and opportunity to be an artist somehow responsible for storytelling about the human condition the possibilities for expression seemed endless and it was hard to know which instinct to obey first. I think my creative processes reflect that I trust my instinct fully now, even when my ability takes a few steps to catch up.

In a vague fashion, I would say that my life’s experiences and personal struggles have really brought me to where I am. First, I think what I’ve learned through doing a lot of youth and community development work in the inner cities and even in the “out there” ( Brasil, the west indies, Cuba, Mexico and Africa, southern and west Africa) communities, the things I’ve seen in my work abroad have really changed me forever and burned certain messages into me that come out in my lyrics…some are reflections of what i saw and experienced directly (eg violence in the streets, police corruption, the floor of a foreign jail cell) some reflect peoples stories that i heard while working in the community as an anthropologist studying violence. as bad as things are, people still live such courageous lives of resistance and resilience. 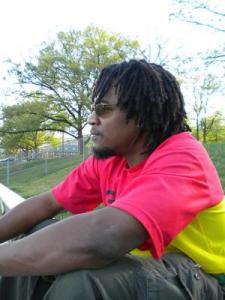 Capoeira really inspired me to conquer my fear of public speaking  and singing.  The mestres of FICA (Fundação Internacional de Capoeira Angola) have always encouraged everyone to sing out, you know, put the feeling on the outside to generate and cultivate the axe of the roda.  I come from a family of gifted musicians, producers, and singers. I always wanted to make music like I saw my cousins doing in North and South Carolina (see: Lendon James, “Pappy” Mckoy, Gayle Fairley, Reel Mob Raab, Robert Fairley, Jr and sooo many others i haven’t named here) …music that moved and stirred people,…inspired them. ….. growing up on soul, gospel, country, bossa nova, rock, jazz, funk…. the little known truth is, I tried to run from being an artist at first, partly because of the negative stigma put on the artist around me at the time. as a young brother without much apparent support it just seemed like a hard trod to be a musician but still I knew I wanted to be a part of that divine calling, that elite society.

I’ve read that artists and healers feel the peaks and valleys of life more intensely than the average person… there have been when I’ve gone through so much pain it dragged me down. so far down that the music was the only thing that allowed thing that would carry me back to the heights. It got to the point where I had so much to reason about with people out there music was the only thing that allowed me . eventually, I kind of adopted songwriting and performing as a way to communicate what I was seeing and feeling since it allowed me the freedom and opportunity to reach out to so many people.

Who is Bambu Station? 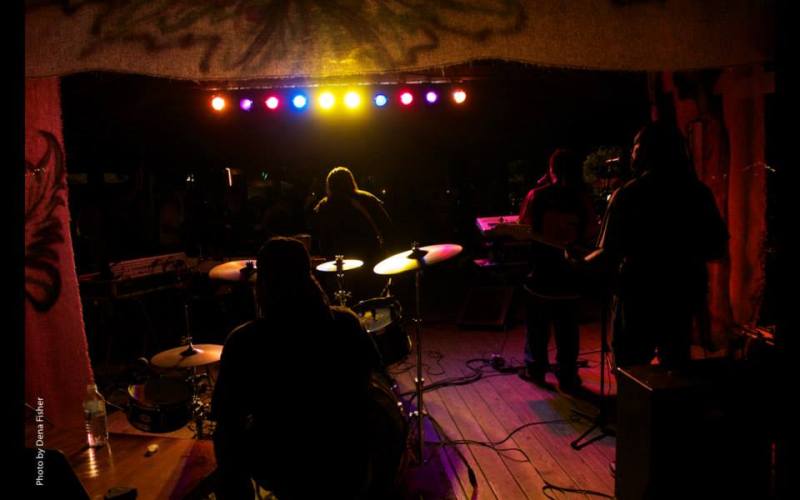 Virgin Island roots reggae band Bambú Station was founded in 1996 by the impassioned lead singer Jalani Horton. After years of performing live, Bambú Station established its own recording studio and recorded and released its first album ”Congo Moon” (High Rotation Records, 1999). From the album the popular song “Heathen Fun”, was selected for a two-CD remix compilation entitled “Walking on Pennsylvania Avenue”, a major relief effort for children with AIDS in Washington, D.C. (www.opensource.com).

In 2000, Bambú Station independently released the critically acclaimed single “Amadou Diallo” in memory of the New York slained West African immigrant. The band personally presented the single to Diallo’s parents at the 2001 Anniversary of the March on Washington. In May 2002, Bambú Station reached global acclaim with their invigorating compilation “Bambú Station presents: Various Artists – Talkin’ Roots I” (Mt. Nebo Records). This groundbreaking album immediately charted worldwide, generating international praise from music critics and radio DJs, and was selected as “Compilation of the Year 2002” by Ireggae.com and won several music awards.

With the release of their album “One Day” in 2003, The Beat Magazine, Reggae Reviews, Urban Ambience Journal and countless other reviewer’s dubbed Bambú Station’s “One Day” as one of the most significant albums of the modern reggae scene. By the years end, with all the attention garnered,“One Day” was selected as “Album of the Year” by both the DC Annual Reggae Awards and Creation Steppin’ Radio. Additionally, the D.C. Annual Reggae Awards selected “One Day” as “Song of the Year 2003” and Bambú Station as “Producer of the Year 2003.” Fans, writers and industry experts all continue to praise the album as “classic”, “very powerful”, and “one for the ages.“

Since its first tour in July 2004, Bambú Station’s fan base has exploded beyond measure with every album and tour. Their Talkin’ Roots Tour 2004 was the first ever tour of a group of Virgin Island reggae artists on the U.S. mainland. The band also headlined at the Sierra Nevada World Music Festival, released “Break The Soil,” “Talkin’ Roots II,” “Chant of the Lions I” and toured the U.S. mainland solidifying their soul-stirring brand of music.

Through its Bambú Station Foundation, the band is proactive in efforts to positively impact the lives of families, with a focus on children. In November 2006, the prestigious Strathmore Music Arts Center in Bethesda, MD (www.strathmore.org) selected Bambú Station for its Artist In Residence Program, the first reggae band to be selected.

Bambú Station has since performed throughout South America, Europe, North Africa and the Caribbean and Pacific Islands. In 2012, Bambú Station released “Children of Exodus” and their first music video, “Leaning On Afreeka” in 2013.